Join us on our latest Charity Drive- Exclusively Mongrels(EM)

Posted on February 18, 2013 by mansbestfriendsoap

SGD$5 from the sale of each bar of the Man’s Best Friend Medicated Soap (SGD$20) will be donated to Exclusively Mongrels Limited (EM). 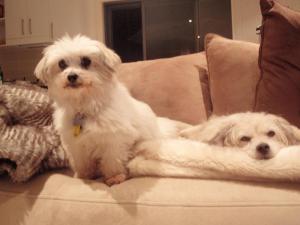 Finders Keepers! My 2 lovely angels, Prissy & Brandy whom I have adopted from the local rescue shelters. Bless these soulful creatures- they have totally changed my life & world!

AS A PET OWNER, YOU HAVE EMBARKED ON A SPECIAL LIFE JOURNEY OF CARING FOR & INTERACTING WITH A LIVING CREATURE OF ANOTHER SPECIES.

HAVE YOU REALISE HOW HAVING A PET HAS MADE YOU BECOME MORE AWARE & EMPOWERED  YOU TO MAKE A DIFFERENCE TO OTHER LIVING CREATURES?

MAKE EVERY PURCHASE  FOR YOUR PET COUNT.

NOW WOULD YOU BUY A BAR OF SOAP FOR YOUR BELOVED PET & SAVE A LIFE?